Blasting off with the usual crowded ramp in the background, an Eglin Air Force Base stationed F-15C Eagle from the 33rd Fighter Wing, 58th Fighter Squadron heads out to the range. Aircraft from the 33rd in Florida and the 57th at Nellis typically work together as their roles both involve weapons testing and aircraft development. Red Flag exercises provide both squadrons with the ability to witness as well as try out new aerial tactics and maneuvers in a real world combat environment. Seen here is F-15C 85-0102, nicknamed 'Gulf Spirit' which shot down two IrAF Su-22s when flown by Capt Anthony R. Murphy of the 36th FW, 53rd FS on 7 Feb, 1991, during Operation Desert Storm and an IrAF MiG-23 on 29 Jan, 1994 with an AIM-7M. 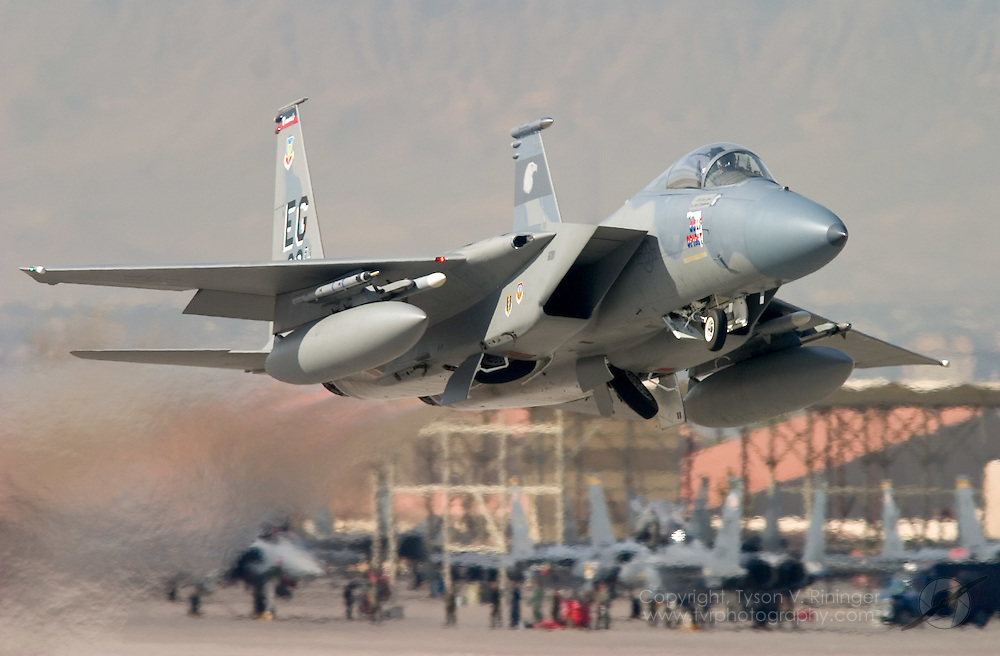