Old Middlegate Station is a historic landmark built sometime in the mid-1800's, according to the Churchill County Museum Association. There is no actual date recorded when the station was built. However, the first account of it by Great Basin explorer James Simpson was in 1859. The station was used as a Pony Express changing station in the late 1800's...Despite a destructive fire on October 2, 2006, the bar, about 50 miles from the air base, was saved along with the 127 dollar bills pinned to the ceiling by visiting Tomcat pilots. The eight names skirting the mural are Jungle, Guido, Charmin, Shooter, Powder, Finch, Puddles and Chick. 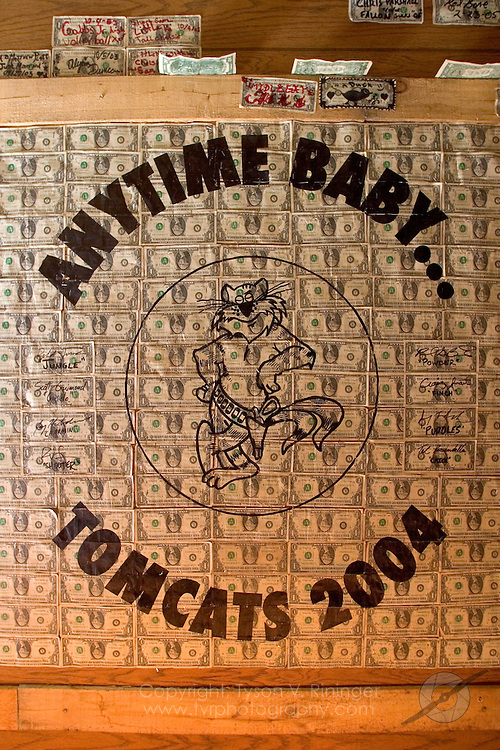