Taking on fuel from a KC-135R from the 141st Aerial Refueling Wing, this F-16 from the 421st Fighter Squadron, the 'Black Widows' demonstrates a basic weapons load. On stations three and seven reside two 2000lb GBU-31 inactive bombs with stations six and four carrying extended range fuel tanks. One of the most popular aircraft ever built, the F-16 is utilized by more than 25 different countries including the U.S. and was the first aircraft designed as a 'fly-by-wire' aircraft. 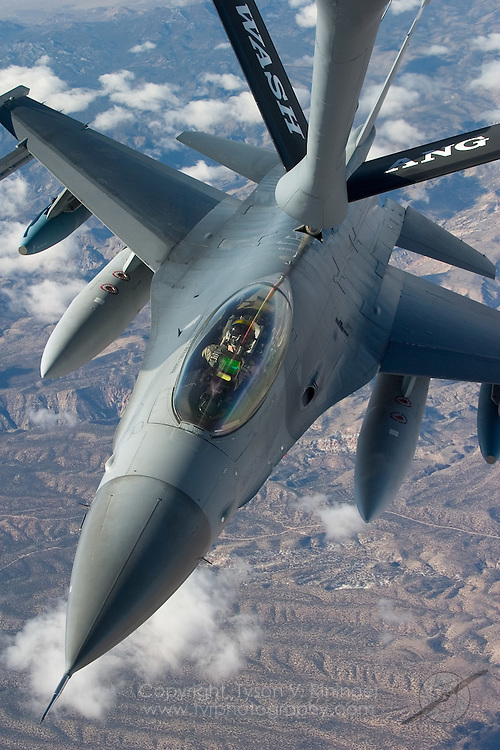