AJ110, an F-14 Tomcat from VF-31 'Tomcatters', is on approach for a trap aboard the deck of the USS Theodore Roosevelt CVN-71 during sea trials prior to their 2005 Mediterranean deployment. This would be the final cruise for the F-14 Tomcat and the last time it would ever see combat...Mainanance on the F-14 reached nearly 80 hours for every one flight hour due to its aging airframe and mechanics. Here a Tomcat is seen on approach with its refueling probe locked in the extended position. 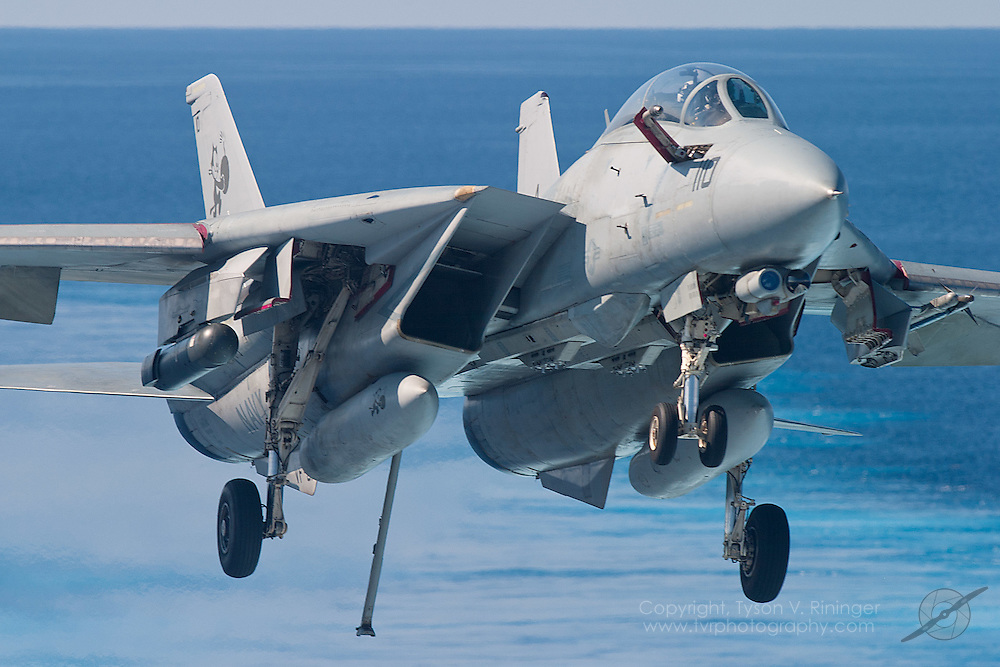