An F-14D rolls over the Dixie Range about to acquire a ground target while inverted. After acquisition, the Tomcat will continue its dive, roll right-side up and deploy weaponry. Standing atop Fairview Peak, east of the Dixie Range, this is one of the many locations utilized during the filming of TopGun in 1986...Bravo-17 Range, is located west of Fairview Peak and south of U.S. Highway 50 and is contained within the Fairview NSAWC working area. The B-17 terrain is made up of the following: alkali flats in the northern section giving way to a rocky terrain along the west and east foothills, and patchy areas of desert sand sparsely vegetated by sagebrush along a gently sloping foothill at the southern extreme. The range is flanked on the west by the Sand Spring Mountains and State Highway 839 and on the east by Fairview Peak. 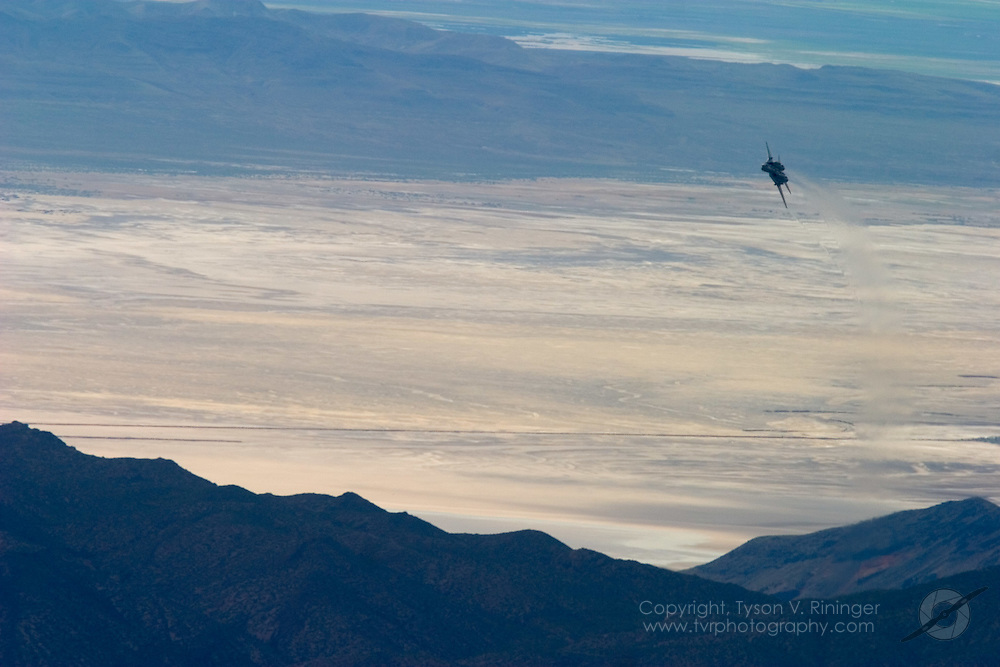