The Cessna AT-17 Bobcat was a twin-engined advanced trainer aircraft designed and made in the United States, and used during World War II to bridge the gap between single-engined trainers and twin-engined combat aircraft. The AT-17 was powered by two Jacobs R-755-9 radial piston engines. The commercial version was the Model T-50, from which the AT-17 was developed.

Thirty-three AT-8s were built for the U.S. Army Air Corps, and production continued under the designation AT-17 reflecting a change in equipment and engine types. In 1942, the U.S Army Air Force (the successor to the Air Corps from June 1941) adopted the Bobcat as a light personnel transport and those delivered after January 1, 1943 were designated UC-78s. By the end of World War II, Cessna had produced more than 4,600 Bobcats for the U.S. military, 67 of which were transferred to the United States Navy as JRC-1s. In addition, 822 Bobcats had been produced for the Royal Canadian Air Force as Crane Is, many of which were used in the British Commonwealth Air Training Plan. The aircraft did not last long in North American postwar military service. Few (if any) Bobcats were in service with the United States Air Force when it was formed in September, 1947. Surviving military aircraft were declared obsolete in 1949.

Dubbed the "Bamboo Bomber" by the pilots who flew them, it was one of the aircraft featured in the popular television series "Sky King" of the early-to-mid 1950s. The aircraft was replaced in later episodes by the T-50's successor, the all-metal Cessna 310.

Postwar, surplus AT-17s and UC-78s could be converted by CAA-approved kits to civilian standard aircraft allowing their certification under the T-50s original Type Certificate (ATC- 722, issued 3-24-1940). They were used by small airlines, charter and "bush" operators and private pilots. Some were operated on float 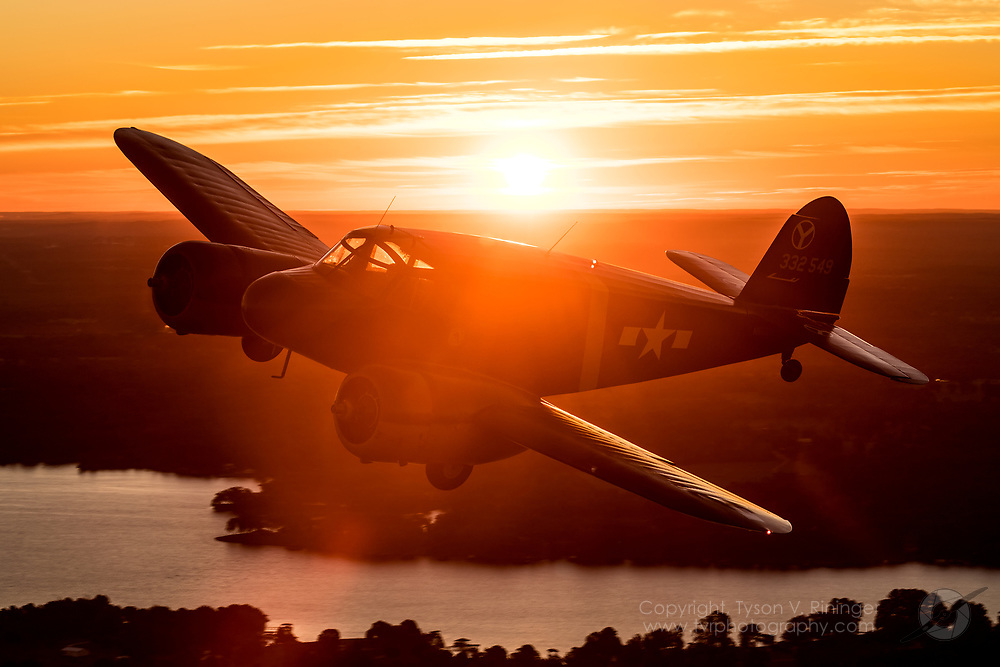